Richard Dawkins admitted on his holiday season book tour, that, as a scientist he cannot say with 100% certainty that there is no God, any more than he could say with absolute certainty that there are no pink unicorns. A scientist never says "never". It has been proven foolish to do so. In a universe of 100 billion galaxies, and the possibility of infinite parallel universes in addition to ours, what could we possibly say "does not" exist. Most likely anything we can think of - God, the devil, or pink unicorns - if we think it, we may have created it. Maybe we should watch our thoughts. Dawkins settled for 99.99% certainty, that there is no God, and no pink unicorns. Luckily there are enough little believers in pink unicorns. 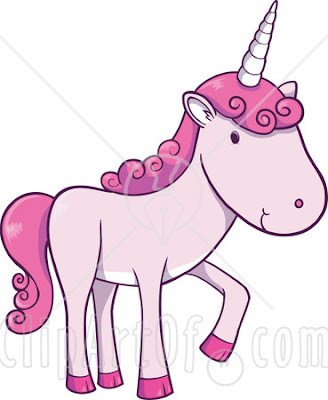 Likewise - most religious people - have the opposite problem. They struggle with doubt about God, especially when they see their loved ones go through great suffering. So we could say that religious people also are only 99.99% sure, that there is a God.

Great suffering often turns the religious against God. Suffering also, just as often, turns devoted atheists towards God - even if it is just a defiant outburst, or demand to prove his existence. So that 0.01% is a powerful thing.

The very nature of suffering is that it takes away our certainty - as such it has its place in the universe and serves our ultimate liberation. Religious people say to themselves :"God knows best." - and Atheist say: "Nothing matters." Both religion and science with great teachings try, and succeed, in relieving our uncertainty - even though it is the very thing that can set us free.

It is the 0.01% that explains everything. As a matter of fact - this level of certainty about anything is still far, far too much for enlightenment or the Big Bang. Both can only happen at a point of total and absolute uncertainty! So the religious as well as the atheists - both with their 99.99% certainty - are impossibly far from the goal.

Religious people sometimes fare better because the very thing they are being made fun of - the ability to go beyond reason - makes them able to trust. Trust comes from the heart.

The atheist only "trusts" his intellect which is such a small thing and under ones own control - it can hardly be called trust. It's like a man locked up in his own house with iron gates, body guards and 24/7 alarm systems in place, a gun in his pocket accompanied by two Dobermans, telling people he feels perfectly safe. Unfortunately, many religious people are not much better, also just using their intellect - and badly. No wonder these two sides have to battle it out.

Peace is in absolute uncertainty. When in doubt about God's existence or non-existence - just open or close your eyes, and discover what is beyond doubt. It is always there.
Posted by Mayke Beckmann Briggs at 2:56 PM