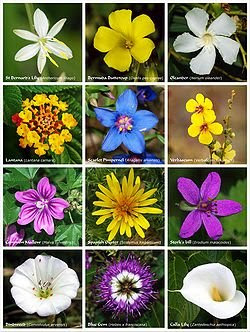 Q: MeditationMom - are you a Muslim?

MM: No, except that if someone were to ask me to deny the statement "there is no God, but God" I would have to willingly go to my death instead. Like Galileo I would have to die for that truth. It is not just a religious truth but also a scientific one. I am not sure Muslims think of this statement as I do, but to me this is one of the most profound religious, even scientific, statements ever made.

All the religions are like flowers to me - beautiful. How can you chose? The truth on the other hand is like the earth to me, out of which all the different flowers grow. Few are interested in the earth rather than the beautiful flowers.

All the guardians of the flowers - the priests and imams are in competition with each other, forgetting the shared source of their flowers. This shared source is what the original teachings are all about. One earth - one truth - infinite varieties of flowers and religions. All beautiful and yet - incomplete - destined to return to the earth. Both beautiful and ugly flowers rot and return to the earth to make fertile soil. Which flower tells the whole truth about the earth? None. They are a distraction - and a secret message.

Q: You're an atheist then.

Religions and religious ideas are beautiful to me - like music - even though my true love is silence, and truth. Religions, even though, as atheists point out, bring out the worst in human beings - also have brought out the very best, not just in the arts, but also in insight and human potential.

Religions can be extremely helpful, or a great hindrance to truth - just like music to silence, or passion to love, or knowledge to science. Music can create a sort of peace, harmony and serenity out of chaotic noise, and it is a good first step towards silence.

Just like music, religions are a good first step towards truth, but need to be left behind eventually. Like Jesus or Mohammad - one needs some quiet time in the desert or in a cave away from the churches and mosques in order to meditate and discover truth.

Atheists deny the existence of God with such conviction, as if they knew. This is just another form of belief, not knowledge. I do not deny the existence of God - although I will point out that there is no God as far as most people's idea of God is concerned. There is nothing that is not God. Therefore any discussions whether God exists or not - how do we go about it? It is such a challenge.

Q: Not to mention all the horrible music that is out there parading as music.

MM: Yes, there is that - and horrible teachings parading as religion. We need to develop that in us that can discern the true from the false. Utmost awareness and sensitivity is needed.